Ground-breaking Ceremony for the 8 Stupas On 20 May 20, a bright sunny day, the “Ground Breaking Ceremony” for the eight Stupas project took place under the guidance of Lama Chogdrup Dorje. The ceremony was carried out as planned in the presence of friends from several different nations.

During the ceremony, symbolic offerings including specially made Tibetan “tormas” (offering cakes) were given to the local protectors of the land, asking them for permission to start the project that will be beneficial to all sentient beings. After the mantras and prayers of the ceremony, everyone took part at the beginning of the excavation in a happy mood. Shovels and wheelbarrows were used for the first bit of dig. Two days later professional excavation machines took over the work.

On 21 May, another sunny and very windy day, new prayer flags in all five colours (blue, white, red, green, yellow) were put up on the flagpoles on the hill behind the Kalachakra Stupa, followed by a Sang ceremony that filled the air with the cleansing scent of burning juniper wood. 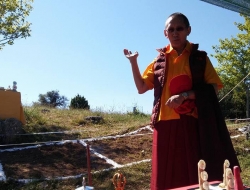 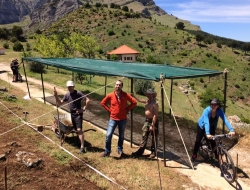 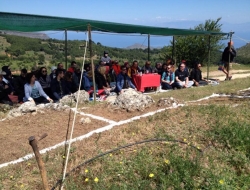 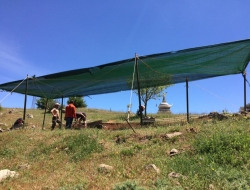 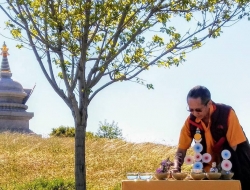 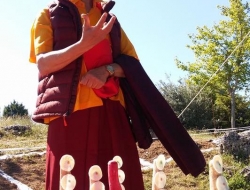 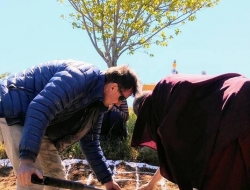 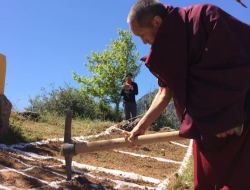 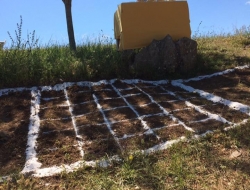 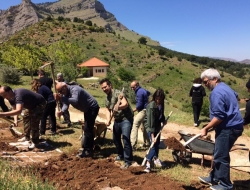 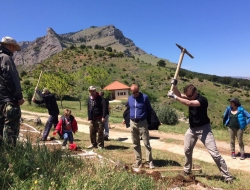 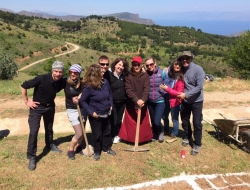 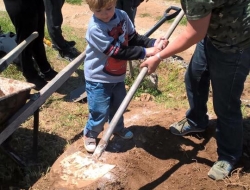 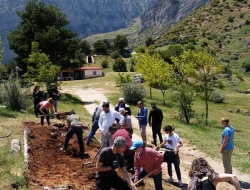 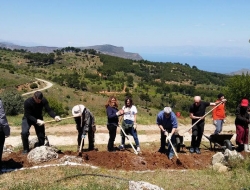 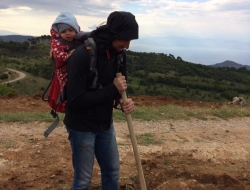 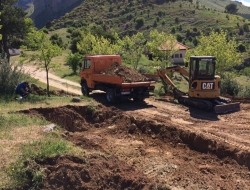 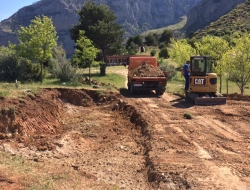 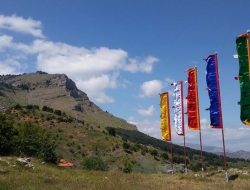 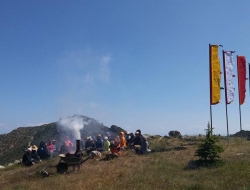